Sin Star Clothing is a new brand that appeals to a broad audience, including the band scene, urban sports fans such as BMX and Parkour, and the everyday Average Joe. The brand’s message is ‘Armour Against Authority’ as they know that life is not easy, and they urge fans to realise their dreams in life.

Sin Star Bulletproof T-Shirt. This graphic t-shirt is a take on the old school movie posters from the 1960’s. This is one film not to be missed! Naked chicks bending over – can’t be bad! 100% cotton vintage black threads! 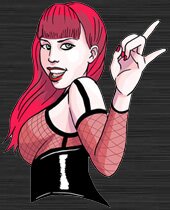 Shop Now at Kates Clothing and save 5% with discount code: OTHER969